I had a lovely week at Glorious Goodwood. Unfortunately the weather was a little hit and miss going from one extreme to another, with Tuesdays racegoers experiencing heavy downpours and Thursday being the hottest day of the year. Race goers had to ensure that a coat or umbrella was packed or taken into consideration at all times.


On Wednesday I had the pleasure of finally meeting Camilla Henderson, who I am working alongside with at Racing4Girls. We were colour co-ordinated wearing red dresses, black coats and floral head pieces

For me the highlight of Glorious Goodwood is the Goodwood Regency Ball which is on the eve of Ladies Day and plays host to racings great and glamorous, from bare knuckle fighters and Moulin Rouge esq ladies to racing by candle light and artists such as Paloma Faith and Courtney Love playing in the marque, it is an evening not to be missed. And this year certainly did not disappoint. Each year the identity of who will be performing is always kept top secret, this year it was The Noisetts who were incredible.

The evening started in the same way as most balls do, with a champagne reception followed by supper in the main house. The Earl of March and son's Lord Settrington and Freddie Gordon-Lennox set the standards for the Regency dress code in tails and breeches

Although it was not long before the Carousel riding and general debauchery descended on Goodwood House with the evening ending with a limbo!!!

The Goodwood Ball is definitely an evening which everyone should try to experience. Although I'm sure there were some sore heads on Ladies Day.

One of the highlights of Ladies Day is the Magnolia cup which is Glorious Goodwood's all-women charity race. A line-up of amateur celebrity riders wearing racing silks by designers such as Mulberry, Bella Freud and Beulah compete on horses kindly donated by various racehorse trainers across the country.

Scott supplied a horse for the Charity race called Robyn which Dido Harding rode, she ran so well leading the majority of the way only to get caught 1 furlong out and finishing in 3rd place, hopefully Dido can go two better next year. Congratulations to the winner Philippa Holland and to all the ladies who competed as it is for such a good cause and takes alot of preparation with the jockeys having to start riding out months in advance.

On Ladies Day the Stars were out in full force. In my opinion Actress Ophelia Lovibond looked
exquisite in a beautiful green floral dress accompanied with a large emerald bow in her hair & Louis Vuitton nude clutch, she was followed closely in the style stakes by Zara Phillips, who had recently announced her pregnancy and was definitely giving Kate Middleton a run for her money, wearing a yellow dress coat teamed with nude heels a black hat and Mulberry clutch. Anna Freil showed her effortless bohemian style wearing a lace off the shoulder dress, her head-wear was a little different and is clearly a love/hate piece, I think it suits Anna but would I wear it? No.

I was disappointed with Darcey Bussel and Sophie Ellis-Bextor's efforts as normally they look immaculate. The dresses they were wearing were nice but the head-wear was poor. Darcey opted for a pink feathery headband and Sophie a black oddly shaped hat none of which matched their outfits.

As for the Gentlemen The Earl of March was wearing a classic linen suit, whilst John McCririck was as eccentric as ever wearing a blue striped jacked and "cow boy" hat.

Although Actor Tom Hughes looked dashing in his blue suit and crisp white shirt, he was lacking one key accessory...... His Tie, I wonder if he was allowed entry to the Richmond Enclosure or did he have to buy a tie like the racegoer pictured below.


There was an impressive array of millinery on show throughout the week, With Milliner Vivien Sheriff  partnering Goodwood and being this years guest milliner. She wore a beautiful colourful headpiece which is part of her 2014 collection. 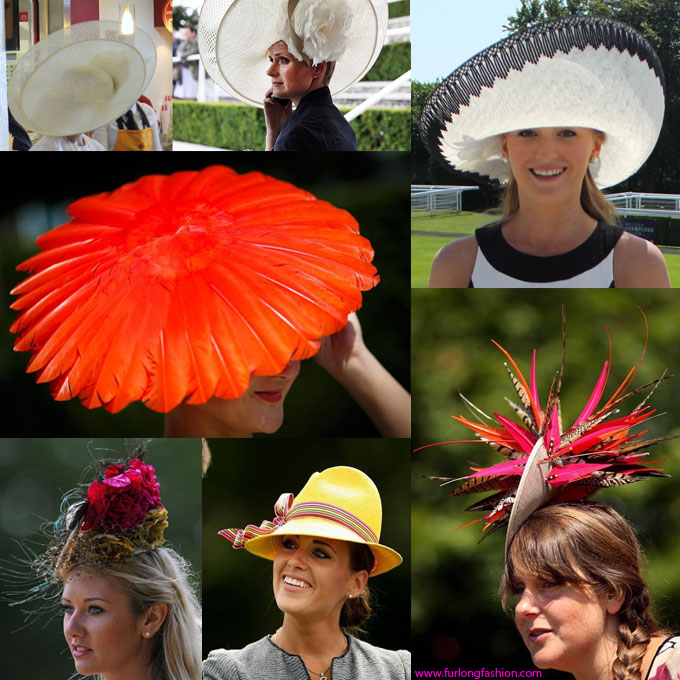 The Fashion stakes maintained an impeccably high standard throughout the week, a few of my favourites are shown below; 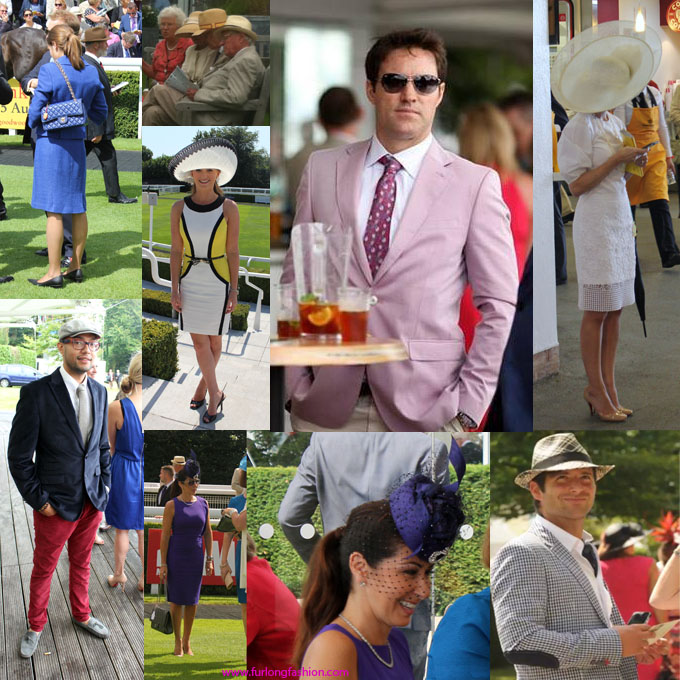 It was also lovely to see racegoers dressed so beautifully in their national dress. 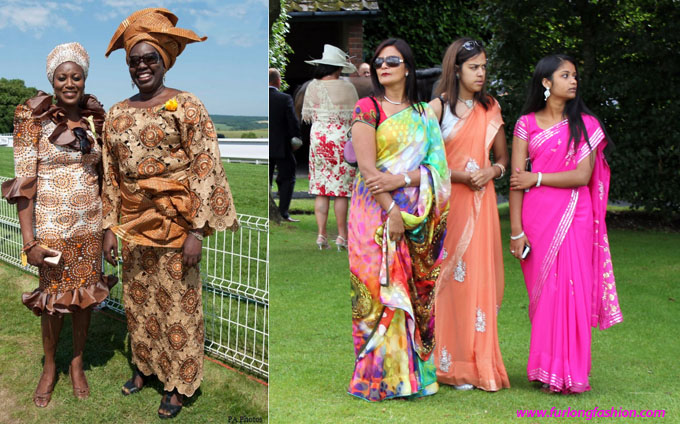 For more photos from Glorious Goodwood 2013 visit our Facebook Gallery.

I would also like to thank Jennifer Roberts from Adorn Hats for kindly letting me wear some of her beautiful creations throughout the week. They all available to hire and for more information visit www.adornhats.com